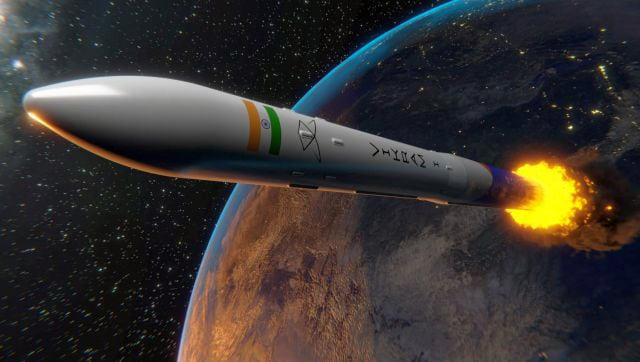 A landmark event in India’s space industry, Isro launched India’s first privately constructed rocket in Sriharikota in Sriharikota at 11.30 am today. The Union Minister of Space Jitendra Singh visited the launch center to watch a historic rocket launch. The rocket is expected to bring a level playing field to affordable satellite launch services by removing the barriers to entry. Follow TOI for the latest news

SRIHARIKOTA: India’s first privately built rocket, Vikram S was successfully launched on an orbital suborbital launch from the rocket’s sounding complex located at the Sriharikota airport on Friday. The rocket was designed by a startup called Skyroot Aerospace.
Vikram-S launched at 11.30 am on the mission dubbed “Prarambh” (the starting point). At around 2.3minutes after launch, the rocket climbed to an elevation of 81.5km and three payloads totalling a total of 83kg. After 4.84 minutes the rocket crashed in the Bay of Bengal at around 115.6km from Sriharikota.
The payloads came taken from Space Kidz India, Bazoomq Armenia, and N-Space Tech India and are equipped with sensors for the determination of pressure, acceleration, and other parameters.
Skyroot declared that Vikram S was a single-stage suborbital rocket that was powered by solid fuel propulsion. It was designed with the latest technologies, such as carbon composite structures as well as 3D-printed components. “Vikram-S will help test and validate the majority of the technologies in the Vikram series of orbital class space launch vehicles, including many sub-systems and technologies that will be tested across pre-liftoff and post-liftoff phases of the launch,” the Hyderabad-headquartered company said. Skyroot has become the only Indian company that has entered into the MoU together with Isro to launch a rocket into space.
The mission was declared to be a success, Indian National Space Promotion and Authorization Centre (IN-SPACe) chairperson Pawan Goenka stated, “All systems worked as designed. Skyroot demonstrated sub-systems to be integrated into their launchers of the orbital type. This marks a new beginning of the Indian space industry and a historic event for us all.”
Minister Jitendra Singh from the Union Ministry who attended the launch, said “It is indeed a new beginning and a new dawn in the journey of India’s space program.” The minister acknowledged prime minister Narendra Modi for opening up the space industry to private participation.
India’s space regulator and promoter, the Indian National Space Promotion and Authorization Center (IN-SPACe), has been operating as a single-window autonomous nodal agency of the Department of Space (DoS) to boost the private space sector economy.
Pawan Kumar Chandana, co-founder and CEO Skyroot Aerospace, CEO and co-founder of Skyroot Aerospace, said, “We created history today by launching India’s first privately developed rocket. It’s the beginning of a new era in the Indian space ecosystem. We thank IN-SPACe and Isro.”