The US announces further aid for the devastated floods in Pakistan 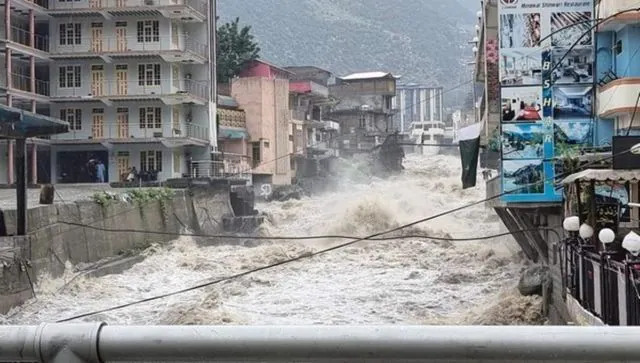 This aid is added to Washington’s previously declared financial aid of $56.1 million.

Islamabad: The United States has decided to offer Pakistan an additional USD10 million to help fight the devastating floods that afflicted the lives of more than 33 million across Pakistan, the news was made public on Tuesday.

The Foreign Office said in a statement that the new aid was declared in the presence of Secretary of State Antony Blinken in Washington after having a meeting with his Pakistani colleague Bilawal Bhutto Zardari.

The assistance is in addition to the previously publicized financial aid in the amount of US$ 56.1 million.

Bilawal expressed his gratitude to Blinken for the gesture.

Bilawal during his meeting with Blinken informed him of the destruction caused by the devastating floods that left over 33 million without homes. Pakistan declares that the floods have resulted in damages of USD 28 billion.

He praised the efforts of relief of the people and government of Pakistan and acknowledged his US government for its help and said that no country can handle a situation that size by itself.

Secretary Blinken expressed his sincere condolences and solidarity with Pakistan over the loss of precious lives as well as the massive economic loss.

He reiterated the US determination to continue cooperating with Pakistan to address the issues of reconstruction and rehabilitation.

The official also stated that considering Pakistan’s huge potential it is likely that the US industry would prefer to be able to fund investment in Pakistan, particularly in the energy sector.

Bilawal highlighted the historical and growing significance of the relations between the US and Pakistan in helping to promote peace, security, and economic growth throughout the region.

He reiterated Pakistan’s determination to strengthen and expand its relations with the US, particularly in the area of investment and trade.

He emphasized that both countries were marking the 75th anniversary since the beginning of their diplomatic relations in an appropriate manner, and were creating an optimistic and mutually beneficial path for the future of their respective nations.

Secretary Blinken acknowledged Pakistan for its help in the Afghan evacuation process.