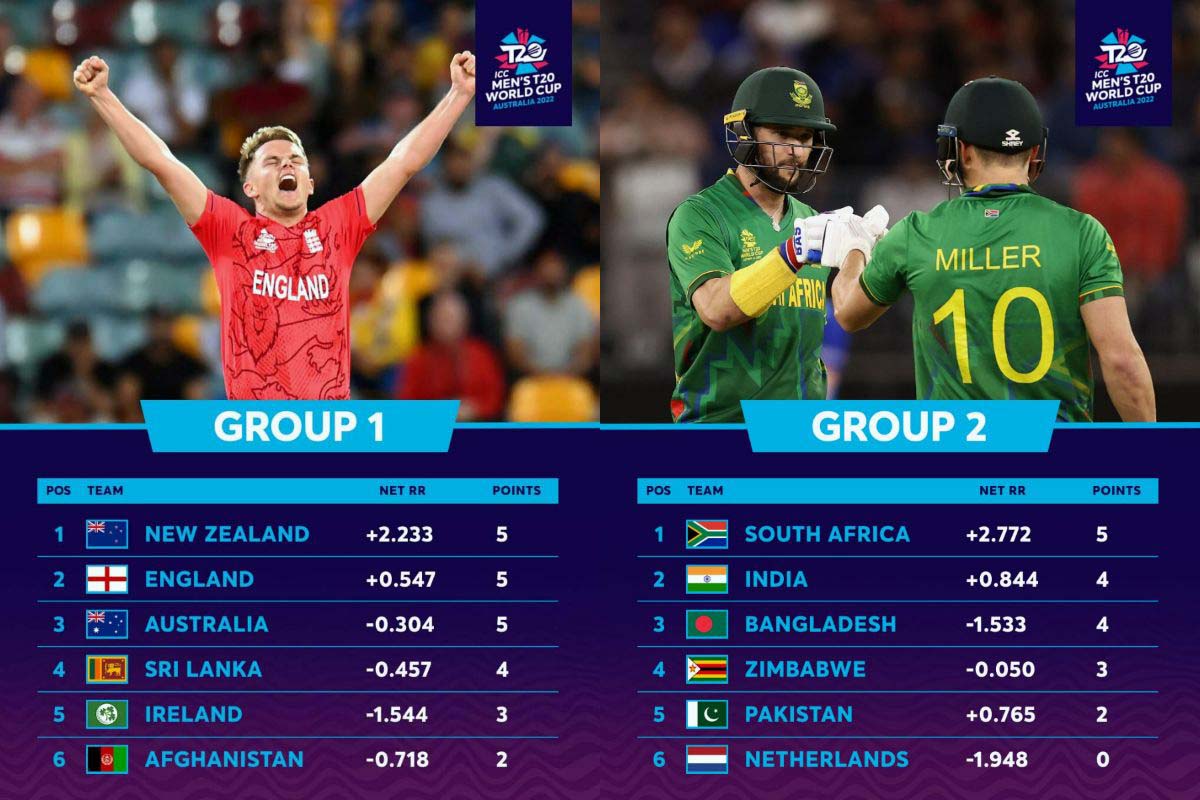 New Zealand is still sitting at the top of the list with its NRR +2.233 is much higher than that of England or Australia.

Another thrilling day of cricket at the T20 World Cup as England took advantage of the fifties from Jos Buttler, and Alex Hales and a brilliant bowling performance from Sam Curran to register an impressive 20-run victory over New Zealand in their Super 12 match in the ICC Men’s T20 World Cup at the Gabba here on Tuesday. Also Check out the Live | India Vs Bangladesh News: There is no rain Right Now, but The threat is there

With this victory, England has now eliminated Australia from the second spot in Group 1 because of their superior NRR. New Zealand, however, remains at top of the group since the NRR they have of +2.233 is significantly higher than England as well as Australia. Also Read – LIVE | Zimbabwe vs Netherlands Score Updates: Early Wickets Put Dutch On Top

The win helps Sri Lanka stay in contention for a possible semifinal spot but they’ll have to ensure everything goes well for them to be in the top two places in Group 1. Dasun Shanaka’s team needs to take on England in the final on Saturday or also have other outcomes go their way in order to stand a chance of getting into the last four.

Kusal Mendis is the leading scorer of the tournament, scoring the score of 207 runs. The Sri Lankan Wanindu Hasaranga replaced Netherland’s Bas de Leede as the most successful wicket-taker in the tournament, taking 13 wickets over seven matches.