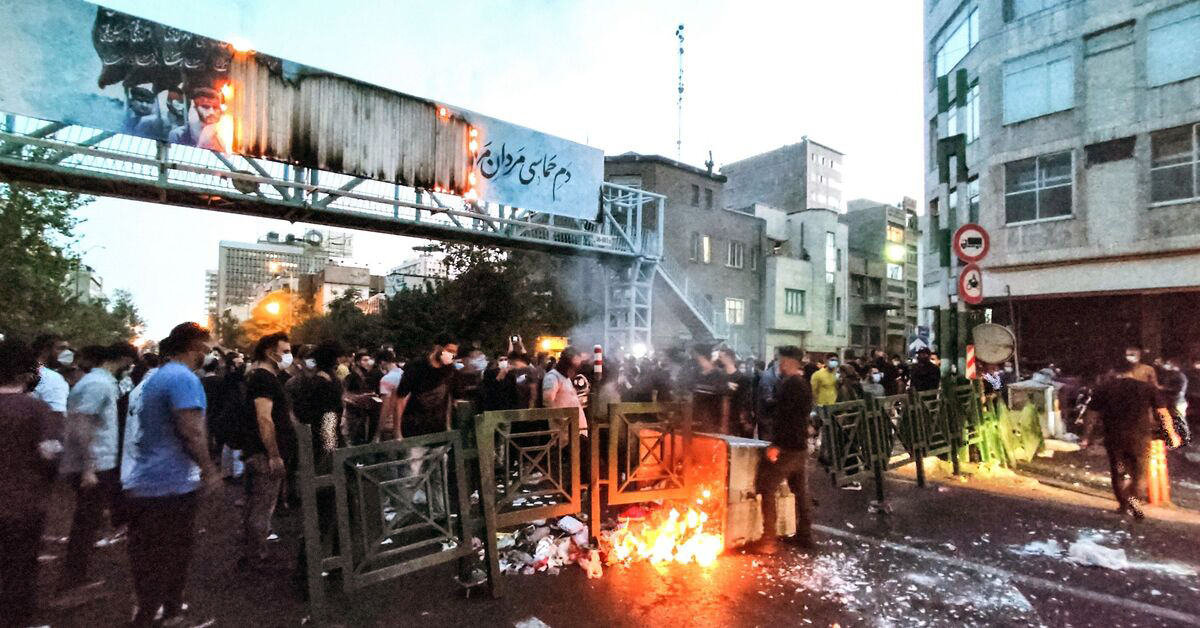 An Iranian lawmaker declared on Sunday the government of Iran is “paying more attention to real needs of the people,” state media reported on the same day an official in the top position claimed that the morality of the nation’s police force that triggered months of protests was closed.

The morality police, who enforce the veiling laws, came into the investigation after a detainee of 22 years old Mahsa Amini, was killed within its custody in the middle of September. Amini was held in custody for violating the strict Islamic Republic dress code. Her death has triggered waves of protests that have escalated into demands for the demise of the clerical rulers of Iran.

The chief prosecutor of Iran Mohamed Jafar Montazeri said on Saturday that the morality department “had been shut down,” the semi-official news agency ISNA said. The agency didn’t offer information, and state media haven’t reported on an alleged decision.

In a report published through ISNA the previous Sunday the lawmaker, Nezamoddin Mousavi suggested a less aggressive approach to the protests.

“Both the parliament and the administration insist that being attentive to public’s demands, which are mostly economic, is the most effective way of getting stability and fighting the protests,” he said, following a private meeting with important Iranian officials and the president Ebrahim Raisi.

Mousavi has not addressed the reported closing to the morality department.

The Associated Press has been not able to confirm the current status of this force, which was created in 2005, with the aim of detaining those who infringe on their country’s Islamic attire code.

Since September, there’s been a decrease in the morality of police throughout Iranian cities, and there has been an upsurge in the number of females who walk in public wearing no head scarves which is in contradiction to Iranian law.

Montazeri the prosecutor in chief, gave no further information on how the Morality department or the possibility of its closing being universal and lasting. But he said that the judiciary of Iran will “continue to oversee the conduct of people at the community at the community level.”

In a report from ISNA the previous day, Montazeri is quoted in the report as declaring his government is re-examining the hijab-required law. “We are working very fast to address the issue of hijab, and we’re doing our best to find an intelligent solution to deal with this issue which hurts every person’s heart,” said Montazeri, without giving specifics.

The announcement of Saturday’s date could be an effort to calm people and come up with ways to put an end to the protests, in which according to rights groups at least 47 people died. Over 18,000 individuals were arrested during the protests and the brutal security forces arrests that followed According to the Human Rights Activists of Iran which is a group that tracks the protests.

Ali Alfoneh, a senior researcher at the Arab Gulf States Institute in Washington, believes that Montazeri’s announcement regarding the closing of the morality police may be a tactic to calm the domestic tensions without making any real sacrifices for protesters.

“The moderate and secular class hates the group (morality police) to restrict personal liberties,” said Alfoneh. On the other hand, people from the “underprivileged or socially conservative class is unhappy with the way they can easily avoid the law governing hijab” in more affluent areas of Iran’s cities.

When asked about Montazeri’s comments, Iranian Foreign Minister Hossein Amirabdollahian didn’t provide an answer. “Be certain that you are in Iran within the framework of freedom and democracy that is evident in Iran it is all working very well,” Amirabdollahian said, in a speech during a trip to Belgrade, Serbia.

The anti-government protests, currently in their third month have not shown any signs of slowing down despite a brutal arrest. The protesters claim they are tired of the years of political and social oppression as well as an uncompromising dress code enforced on women. Young women are still playing an important role in protests by removing the required Islamic headscarf in order to demonstrate their displeasure with the clerical system.

After the eruption of protests, however, after the protests, the Iranian government had not shown any willingness to listen to protesters and their demands. They have continued to crack down on protesters, including appointing seven demonstrators to execution. Police continue to put the blame for the protests on foreign governments that are hostile without providing any evidence.

In recent times, Iranian state media platforms appeared to adopt more of a softer tone and express a desire to address the issues that confront people in the Iranian people.