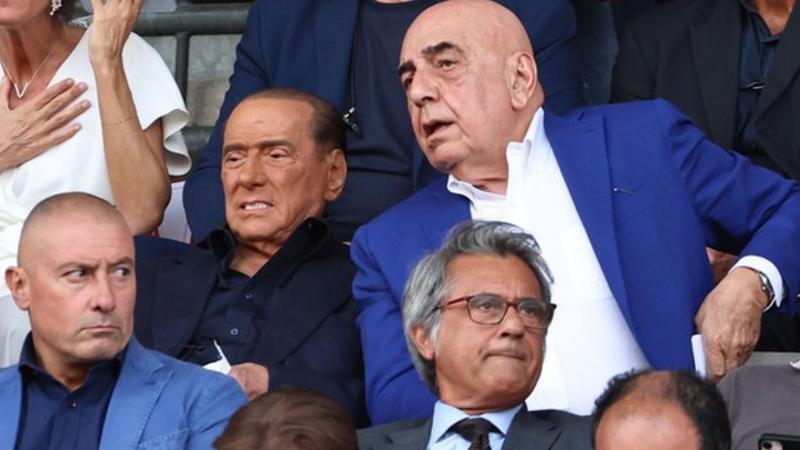 Former Prime Minister of Italy Silvio Berlusconi, along with his AC Milan counterpart Adriano Galliani, has helped to make history at AC Monza. But the president and chief executive officer of the club aren’t ready to give up.

Giovanni Stroppa, the manager of the club that saw them promoted to Serie A for the first time in 110 years, was fired by the ambitious duo. He had only one point from six matches.

His replacement, the Serie A newcomer Raffaele Paladino, enjoyed a dream start to his career with a victory over Juventus. Berlusconi’s passion for the unknown is showing signs of paying off again.

Claudio Ranieri of Leicester, the Premier League champion and Roberto de Zerbi of Brighton were closely linked to the job. However, Berlusconi, having previously given big breaks to Fabio Capello and Arrigo Sacchi, has shown that he isn’t afraid of taking control of things.

The huge ambitions of Berlusconi

Located 12 miles northeast of Milan, Monza is home to the Italian Formula 1 race circuits. It now boasts a football team with big ambitions thanks to the millions of euros and contacts Berlusconi has.

Berlusconi and Galliani, his former chief executive officer at I Rossoneri have taken their new club from Serie C into Serie A.

The pair had to work for four years and invest about 70m euros to secure Serie A promotion. They won the play-off against Pisa in May. But Berlusconi stated immediately that their next goals were to win the league title and qualify for the Champions League. I am a winner. “

Galliani stated recently that “our priority was to sign an Italian player.” A foreign player usually takes a few months to get in, but we have now 15 games in a short time. You risk losing everything if you don’t get on the road quickly. “

That is exactly what happened. Monza lost five of its six first-round games and managed one draw. It had the worst defense and attack of the league, and it was losing much of the excitement generated last summer.

It’s now up to Palladino to revive it.

Berlusconi has found another gem.

Berlusconi appointed Sacchi Milan boss in 1987. Sacchi had previously played only amateur football and had never managed in Serie A. In four seasons, Sacchi won eight trophies with the club including Serie A and two European Cups.

Following a brief stint with Milan’s youth team, Capello was appointed as manager. This appointment was also controversial. His tenure saw him win four more league titles, and another European Cup.

Berlusconi claimed in 1995 that he was “simply an entrepreneur who does miracles.” This might not seem too far-fetched.

Palladino was his latest appointment. He arrived in Monza as a 2019 player but was plagued with injuries and had to retire.

He was an under-15s coach and then moved up to the U19s, where he became the boss of the senior team.

His debut was spectacular. He led Monza to their first-ever Serie A win by defeating the mighty Juventus at their home.

Palladino was asked to explain his football philosophy. He said: “I played for six years under Ivan Juric at Genoa, Genoa, and Crotone. I have to play like them.” “

This means high intensity, pressing, lots of running, and short passes. His U19 team used to be in a 3-4-5-3 formation. Will that still work in top-flight football?

He is young, he has a good understanding of the club, and played at Spezia with Izzo at Genoa. He is ambitious, has models to emulate, and has a clear schedule.

After beating Juventus the next opponents will be Sampdoria Spezia Empoli, Empoli, and Empoli. If “he isn’t an interim solution,” Galliani stated during his presentation, he will have ample time to build his team.

A good start is a good thing, and if Berlusconi (86) hasn’t lost his knack for finding the most unlikely people for the most difficult jobs, Palladino or Monza may have just begun writing the next chapter of their football success story.