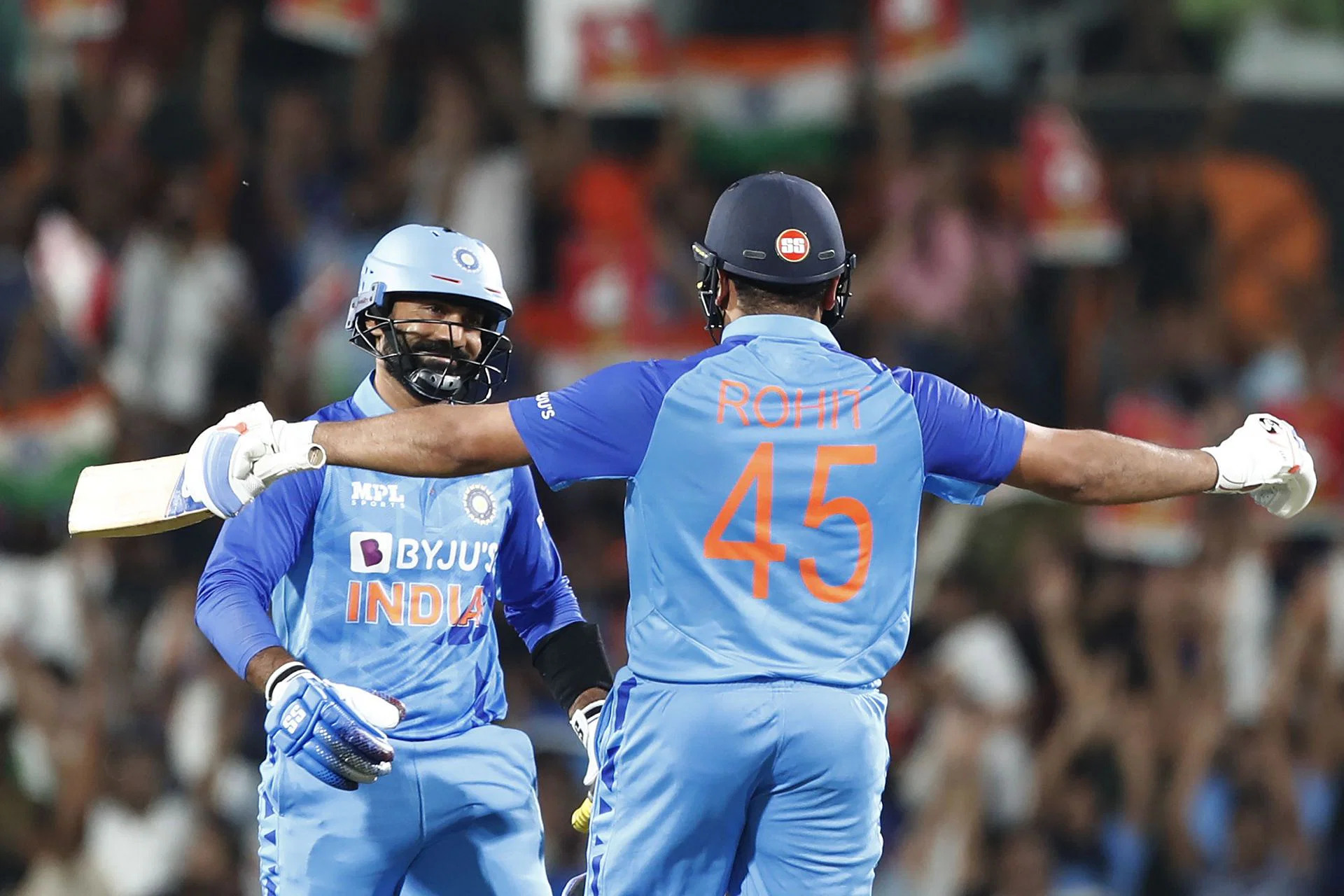 In the city of Hyderabad India captain, Rohit Sharma would like to give wicketkeeper Dinesh Karthik more time in the middle of the field before India’s team goes Down Under for the T20 World Cup in the coming month.
India has been rotating among Karthik or Rishabh Pant as their playing XI.

The young goalie got preference over the veteran player at the Asia Cup, and Karthik was selected for all three games against Australia.
“I wanted each of them to play a few games under their belts before their participation in the World Cup. In the Asia Cup both of these players were there to play every game,” Rohit said at the press conference following the match. India won the three-match series in series against Australia in the final game on Sunday.

“But I do think that Dinesh requires a bit more time in the game. He was barely able the chance to play (this match). Maybe three or four balls. That’s not enough time,” Rohit.